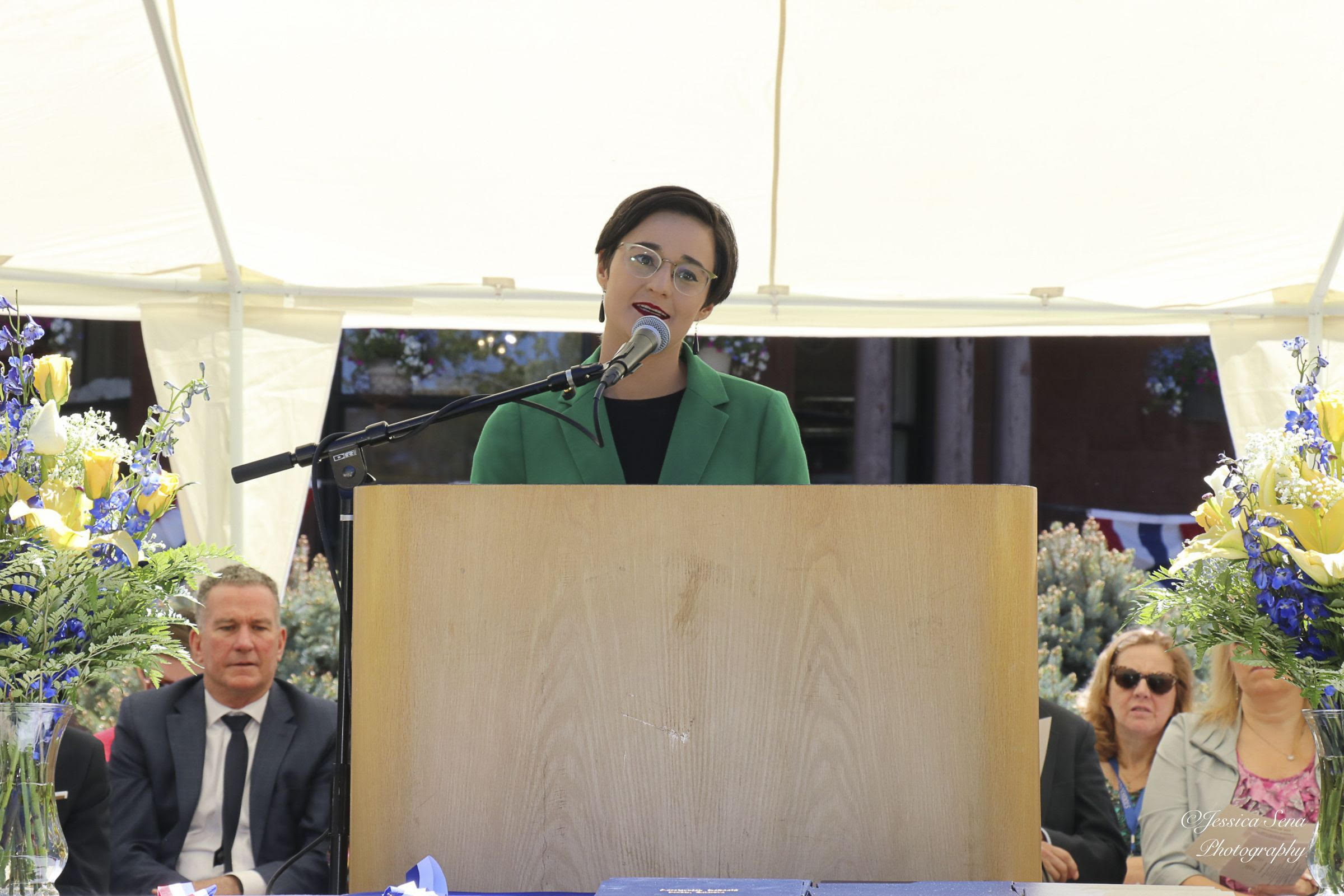 7 years ago, I walked through the front doors of Accelerated Schools and my life changed forever. Prior to attending Accelerated, I went to a large public school. For the most part everything was fine, until my father passed away. That event rocked me, and I went from being a successful neurotypical student to someone who simply didn’t fit into the mold necessary to be successful. I was constantly anxious, and my processing slowed down significantly. My teachers would be talking, and I would feel like I was in another world. I was able to struggle and hold on for almost a year. That year was one of the worst years of my life. One teacher tried to fail me even though I had over 100% in her class and another gave me an incomplete until I could take a final; a final he never gave me the opportunity to make up. I couldn’t help wondering, “why me?” My sister also went to a public high school, but no one was trying to fail her even though she missed as much school and many more assignments. I began my sophomore year taking sophomore level classes but my paperwork, my I.D., and everything that felt important showed me as a freshman. I’m stubborn though and I tried to make it through; until I couldn’t any longer. One day I came home crying from the stress everything. I was failing one class and barely passing others. I felt hopeless. That’s when my mom knew she had to do something. So, she found Accelerated Schools. Walking through those doors was like a breath of fresh air. I only had an hour of homework a night instead of 4 or 5 and I was finally able to go at my own pace and learn. More importantly, I wanted to learn. Eventually, I managed to graduate early which gave me some amazing opportunities, including traveling around Greece before heading to college. This allowed me more cultural knowledge which helped motivate my success in school.

Fast forward a few years and I was attending college in Boston. I had completed all my class credits and all I had left was an internship. I thought a lot about where to go before I realized where my heart lay, in Colorado with the mountains. So, I started looking at different possibilities for internships around here, but nothing really felt right. After a lot of thinking, I realized that what I ultimately wanted to do was help the kids who are lost like I was, the ones who are smart and amazing kids but need a little extra attention or push to get to where they need to be; to where they can be. I reached out to Jane Queen and sent her my cover letter and resume. She told me they’d be happy to have me and thus began my next journey. In January I walked through those front doors again, except this time as a member of the staff. It’s been an adventure, to say the least. Some days have been better than others, but the bad days are always outshined by the good. When I leave I won’t remember the bad times, I’ll remember the look in a student’s eyes when they understand something, the emails from parents talking about their kids love for the school, and the progress I’ve seen in kids who have spent most of their high school career ignored and left behind.

A defining feature of Accelerated Schools is their size and emphasis on small classes. Small classes have many advantages, one major one is that the design allows teachers to adapt lessons and tests to more accurately suit each student. There’s a comic that occasionally goes around the internet that shows an elephant, a monkey, a fish, a seal, and a penguin. Directing them is a human who says, “for a fair selection, everyone has to take the exam: please climb the tree.” The point of the comic is to illustrate the inequality of tests and education in this nation. While everyone is taking the same test, climbing the tree, the monkey is the only one who could feasibly perform the test well. The elephant, penguin, and seal could maybe successfully climb the tree. However, for the fish, there’s no way of succeeding. They’ve lost the race before it even began. Now the fish may have many other strengths and if it was a swimming competition the fish would win by a landslide. However, in this instance, the fish never stood a chance. That’s how many large schools operate. While most students can get by and a small percentage can succeed easily, there is no leeway for students who work differently. Then, when those students are unsuccessful for whatever reason they’re labeled as “dumb,” “unmotivated,” or “not a good student” when they just learn in a different way. Even the smartest kids who are the greatest at taking tests are often left behind in this system because they understand the concepts way before everyone else; this often leads to boredom and poor decision making. That’s the beauty of how Accelerated works, they take those kids who have been left behind by a school system that doesn’t tailor to them and they help them. If a student has trouble in math, they can work at their own pace and easily ask for extra assistance if they need it. If they’re further ahead in reading they can move forward or have additional work to strengthen their skills in the subject. Further, teachers can adapt masteries to each student to ensure success. Not everyone is good at taking tests. In fact, most of us are not, the size and structure of Accelerated allows teachers to adapt masteries in a way that allows us to assess if the students have the necessary skills while still allowing them to be successful in a way that large schools often can’t accommodate.

I’m often asked, “why did you come back here?” It’s a fair question, I don’t think any of us want to go back to high school. In fact, if I was asked five years ago if I’d ever be working here my answer probably would have been a definitive no. It wasn’t that I disliked the school, but in my mind, that chapter of my life had closed, and it was time to move on. Yet, when I looked at the situation with “adult eyes” I realized that the reason I was drawn to the school wasn’t my experience here; it was the spirit and idea behind the school. Yes, I could have chosen to intern somewhere else, a hospital, a counseling center, or even a different school but I chose Accelerated. I chose to work here because this school incredibly unique and an example of ideals that are becoming more uncommon with our rising population and consistent need to make money. For those students who need it, this school is a light in a field of darkness, and I am incredibly happy to have been part of that light.